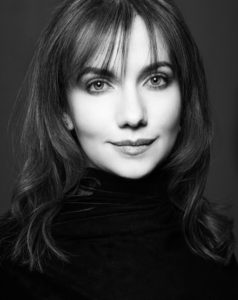 JURY PRESIDENT
DOMENICA CAMERON-SCORSESE is thrilled to have completed her feature directing debut ALMOST PARIS. It recently premiered at the Tribeca Film Festival. Her previous short films SPANISH BOOTS and ROOTS IN WATER also premiered there. (The latter went on to play best of fest at the Chicago International Film Festival and was nominated for three Maverick Movie Awards). Her first short, A LITTLE GOD, won the Torchlight Short Film Award at the Woodstock Film Festival.
Domenica has pursued storytelling professionally as an actress since the age of eleven– later growing into a writer/director. She has appeared in over twenty films. Her off-Broadway theater credits include: Tina in Tony ‘N Tina’s Wedding, Franny’s Way, The Sweepers, and Ladies Of The Corridor. Since returning to Chicago, Domenica made her theatre debut in Profiles’ production of Reasons To Be Happy. She also acted in the independent films: LESS THAN 30, SPLITS, FAREWELL CHARLIE, and ALEKSANDRYA. She directed A Number, her first full-length production with the Runcible Theatre Company this spring.
Domenica formally studied film at Wesleyan University (CT), where she also helped produce, write and direct for the student playwrights’ workshop. In the summers, she trained at The Neighborhood Playhouse and American Conservatory Theater. In her junior year at Trinity College Dublin, she wrote and directed her first play, Word Not Said. While in New York, Domenica was an associate director for the multimedia lab La Bottega dell-Arte, helping develop new plays. She was a juror for the Santa Barbara Film Festival, the Santa Fe Film Festival, and for the Chicago International Film Festival. She has guest lectured at Wesleyan University (CT), Yale University, the Idea Festival, the San Francisco Film Society and the Chicago Academy for the Arts. 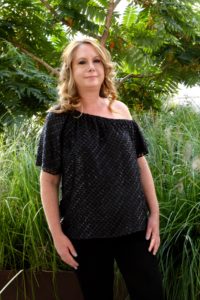 With top agency and management relationships, Adrienne Stern is known for working closely with Directors and Producers to secure the types of casts that open doors to major film festivals and distribution packages. Her films have premiered at Sundance, Toronto, Cannes, Tribeca, Berlin, South by Southwest, Seattle and many other prominent film festivals, many taking home prestigious awards.
Adrienne has also worked on various commercials, including Five Dove Real Beauty Campaign, LaMer, Samsung ,Philips Norelco, Amex, D’Angelo, Kool-aid and has cast well over 250 commercials to date.
Adrienne was the Casting Director of The New York Sundance Writers Lab Reading Series from 1996-2005, and has been on both the selection committee and jury for the Gen Art Film Festival. She is a member of BAFTA, IFP, CSA, Slated, New York Women in Film and Television and Ensemble Studio Theatre. And sits on the Board of The Greenwich International Film Festival, Chelsea Film Festival and The First Time Fest.

Andrew has also served as a Co-Producer and Associate Producer on a number of feature films, including AWOL (Tribeca 2016), My First Kiss and the People Involved (Los Angeles Film Festival 2016) and Four, which received an Independent Spirit Award nomination for its lead actor, Wendell Pierce in 2013.